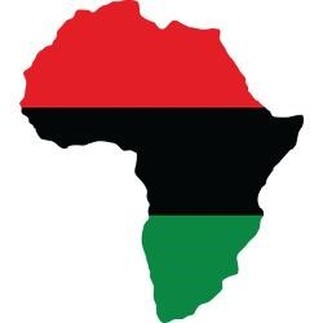 When I read Dr Erica Mapule Mcinnis’s article Understanding African beingness and becoming in last month’s Therapy Today magazine. I became inspired to research more about African oriented psychotherapy and the history of the study. I discovered that psychologists and psychotherapists of African descent have been interested in studying the African psyche in land and in the diaspora since around the 1960’s. Where the narrative from a colonialist anthropological study of the African psyche to Africans studying themselves started to take place. This psychology isn’t merely about mental health on an individualist level but really about the overall social, economic health of African people as a whole and how the African psyche has been shaped by slavery, colonisation and traditional beliefs (Oliver 1989).

African American psychologist Naim Akbar after gaining his PHD in clinical psychology felt that the focus on intrapsychic factors (internal personality factors) did not adequately describe the external climate in which mental health issues developed in the Black man living in a white world. He created his own Black psychology course and went on to publish many books, that advocated a different approach. This approach looked to how indigenous African philosophy can be used to develop psychological therapy models that can be used by any practitioner working with African clients (Madu 2015). African therapists believe that regressing back to an Afrocentric worldview is essential in combating the many issues that people of African descent face around the world. They oppose the individualistic Eurocentric world view in favour of a collectivist cohesive social structure, that regards the value of the collective group as the key (Oliver 1989). In this article I’m going to brief detail some theories and treatment from Afrocentric psychology.

To illustrate the differences in what contributes to mental health disorders in the Black American population Akbar (1991) created four categories. Firstly, is the Alien self, someone who defence mechanism is denial of their true reality and rejects their own heritage in favour of becoming part of the dominant group which leads to a sense of alienation, confusion and loneliness. Secondly anti-self disorder which is a more severe version of the first, the person is more removed from reality therefore more out of touch with their authentic self. Thirdly is the self-destructive disorders, Akbar believed that oppression drives people away from reality. Because of the constant struggle for survival it’s easy for people to feel defeated. This then attracts people to deprecating behaviours like drugs and crime which helps them to avoid their harsh reality. Lastly there are organic disorders that come from biological factors. But Akbar believed that these have environmental origins and simply saying it’s organic downplays the role of society in creating mental instability. Therefore, the socio-political, historical context of a patients has to be looked at very carefully. Especially the definition of what is ‘normal’ and who has the power to decide who belongs or not to that category.

Ubuntu therapy comes from the ubuntu South African philosophy of god consciousness, the human self and relations within the family and wider community (Van Dyk & Matoane (2010). Spirituality is very important to majority of African people and the belief in a higher being is ingrained in the culture. Therefore, in relation to Ubuntu it’s about helping a client become more aware of their spirituality by understanding their purpose in life and their unique journey. This can be very helpful with people dealing with feelings of guilt, inability to accept destiny and anger at god. On the human intrapsychic level, ubuntu is about helping people deal with feelings of depression, separation anxiety, inferiority complex etc. Ubuntu combines Western talking therapies with traditional African ways of restoring balance such as aroma therapy, ritual cleaning, life script, dancing and purging. Lastly Ubuntu philosophy is about the importance of family relations and belief that a person is viewed through the lens of their social interpersonal ties. Therefore, helping clients to heal broken relations and grow a sense of responsibility for their community and how their actions can have an impact on the wider society.

In summary what these psychologists are really emphasising is that a lot of the social and psychological issues facing African people around the world is due to split in consciousness not being fully connected with who they are. What they propose is an integration that connects the African person with their purpose in life and community obligations to help form a cohesive sense of self. In addition, me reading about Afrocentric psychology, helped me to connect with who I’m. It made me realise that there obviously is an ‘African’ psychology. As someone who began my journey to studying psychology eight years ago, I never learnt about these psychologists in an academic setting so didn’t know this branch of psychology existed. Therefore, discovering this world has not only been interesting but also empowering.