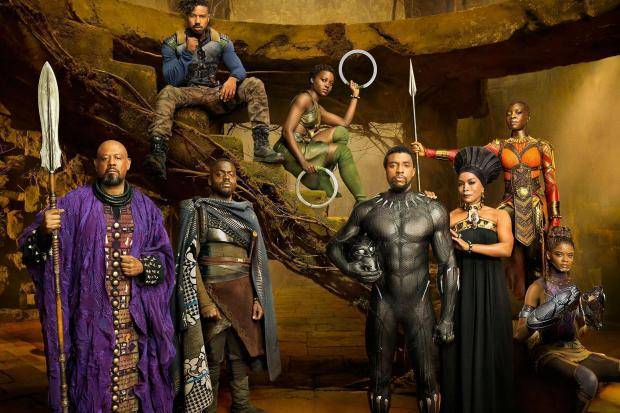 My fingers have been buzzing to write about the Black Panther film that I watched just over two weeks ago. It’s now common knowledge that the film has had a great reception all over the African diaspora and worldwide. The film tapped into the collective unconscious of the Black psyche, a people hungry to change the narrative of what it means to be from African descent.  Black Panther changed the narrative from a continent that is still portrayed as savage, underdeveloped and poor to a highly sophisticated civilisation that isn’t dependent on the west. It’s the Africa all Africans have been dreaming for.

However, in the mist of all this greatest, the film hasn’t been without it’s critics, it has sparked great debates also rehashed some old wounds.

Does Africa need to be less dependent on foreign investment and more selective and protective of their natural resources?

How do Africans all over the diaspora connect to each other and remain connected to the motherland and support it economically?

Does Islam in Africa get a fair accurate represent?

One of the most heated debates has been the about Killmonger vs T’challa storyline.

Who is really the Villain? 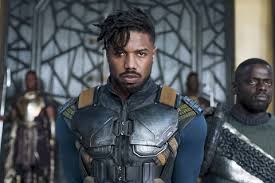 The tension highlights the issues between Africans and African Americans and I would even extend it to include the tension between Africans and Afro-Caribbean’s. How their different experiences with racial oppression and colonisation has at times created two opposing views on what is the best method of liberation. In the film Killmonger is the bitter African American villain that is hell bent on exposing Wakanda to the world through Military means whereas T’challa is more of the pacifist but eventually acknowledges that the kingdom must be more flexible. After the screening the conversation online has shown that many people believe that Killmonger’s leadership style is justified and reflects the real life Black panther political party and Wakanda is a selfish nation by not sharing their natural resources with other African’s around the diaspora.

Some African-Americans have even claimed that the film didn’t represent them and believe it portrayed them negatively.

I personally can empathise with both viewpoints as a British-Nigerian.I have seen how internal tensions within African tribes causes tensions within Nigeria and other African countries that prevents a united front which makes us more vulnerable to being manipulated by western powers and corruption by not feeling responsible to help your nation instead only sharing the wealth with a select few. Also, I believe that there is a lack of honest conversation amongst Africans and African Americans about their experiences.

For example Imagine an African immigrant that has dreamed of going to America his/her whole life gets there working hard for that green pali (Nigerian slang for passport) and hears all these negative stereotypes that African American are lazy and you also start to believe because you see that your hard work is paying off so it must be true…these people have it all yet they don’t appreciate it. While an African American knows that their ancestors where forcibly removed from Africa, stripped off their culture has now idea their specific origins, grandparents and great parents had to go through Jim crow and civil rights movement just to be human the legacy of that trauma still haunts their community.

You can see where I’m getting at… I have even heard of situations where Africans coming to the states didn’t know about the trans-atlantic slave trade. It sounds crazy in the 21st century, but this is because a lot of Nigerian curriculum still has a strong colonial legacy and teaching African history isn’t a priority in many schools.

Another debate questioned whether the film Islamophobic

Some Muslims were angered about the scene where Nakai rescues a bunch of women and girls that were kidnapped by Boko Haraam. This is perceived by many to be portraying Muslims in a negative light and is helping to continue to perpetuate the narrative that Muslims are dangerous terrorists.

I accept that the global agenda of the war on terror has extended beyond the west and as led to Islamophobia in even Africa where Islam arrived since Islam began (King najashi of Ethiopia). Even in Nigeria there has been a move in the Christian dominated south to ban hijabs in schools. Also there is a history of Pro-black movements being anti-Islam due to it being seen as a ‘foreign religion’ therefore a form of Arab indoctrination.

However, as an African Muslim I don’t believe the film is Islamophobic. Firstly, Boko Haraam is a real threat just last week 100s of girls were kidnapped again and some of the famous chibok girls are still in captivity therefore I believe it’s actually raising awareness of this issue instead of ignoring it. I wish the Muslim community would be more angry that young girls are being kidnapped and think of strategies to help as an ummah rather than simply see it as negative propaganda Secondly, Nakia helped to rescue these girls as a fellow African not due to western foreign intervention claiming to free poor oppressed Muslim women when really that is just an excuse for exploitation and neo-colonial agenda. But as an African woman helping other African women on an equal playing field.

Although there has been a range of opinions about this film. I still believe that the positive impact of the movement it’s created greatly outweigh the negatively. Even through the disagreements it has enabled conversations that we usually shy away from. I hope they continue not only in talk but direct action so that the Wakandan dream can become a reality.